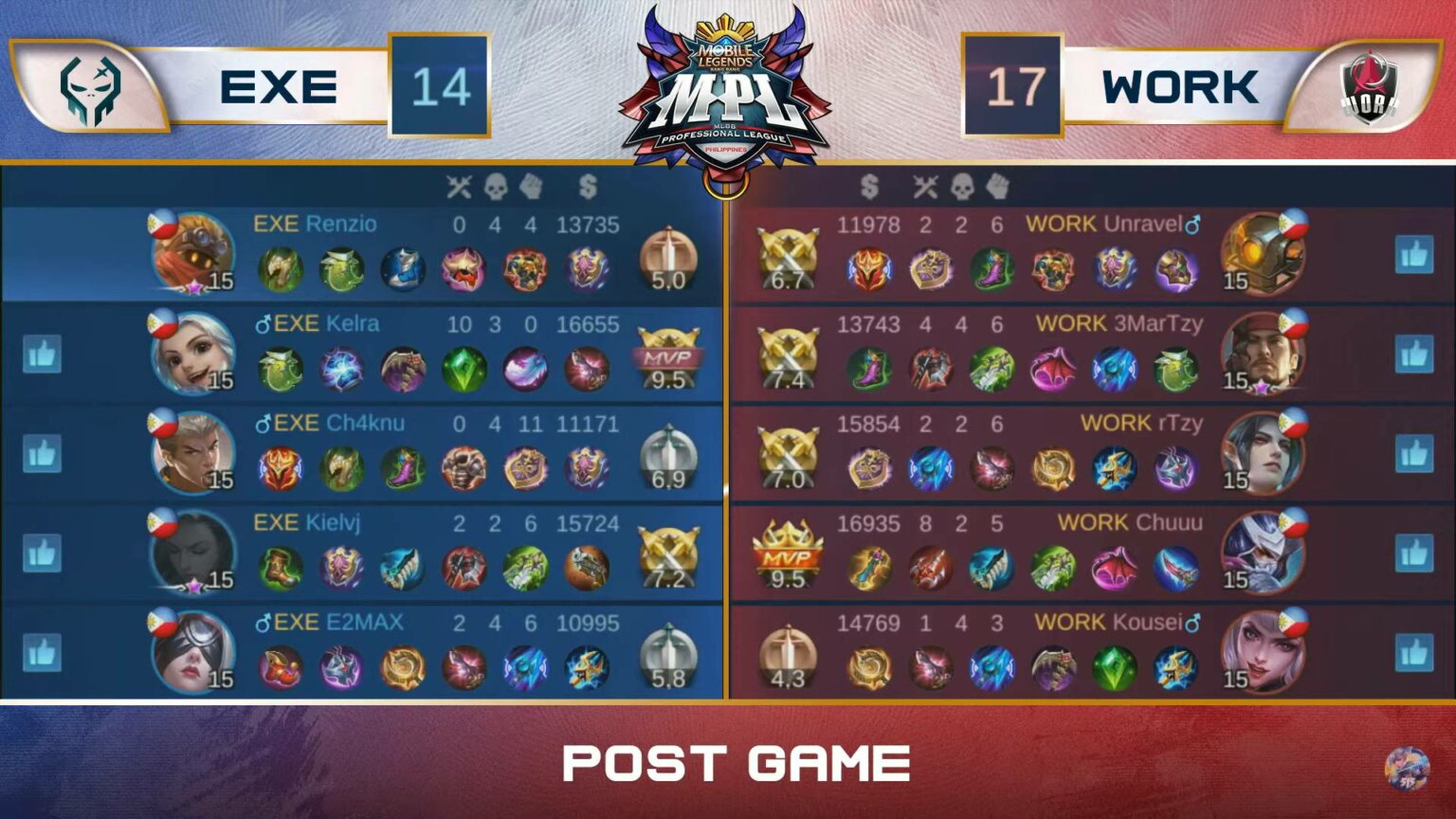 With no turrets left on their side, Work Auster Force pulled a Hail Mary against Execration in Game Three — taking out all but one near the 22-minute mark to turn the game in their favor.

With the two out for a minute, Work went on to complete the epic comeback and bag the series. 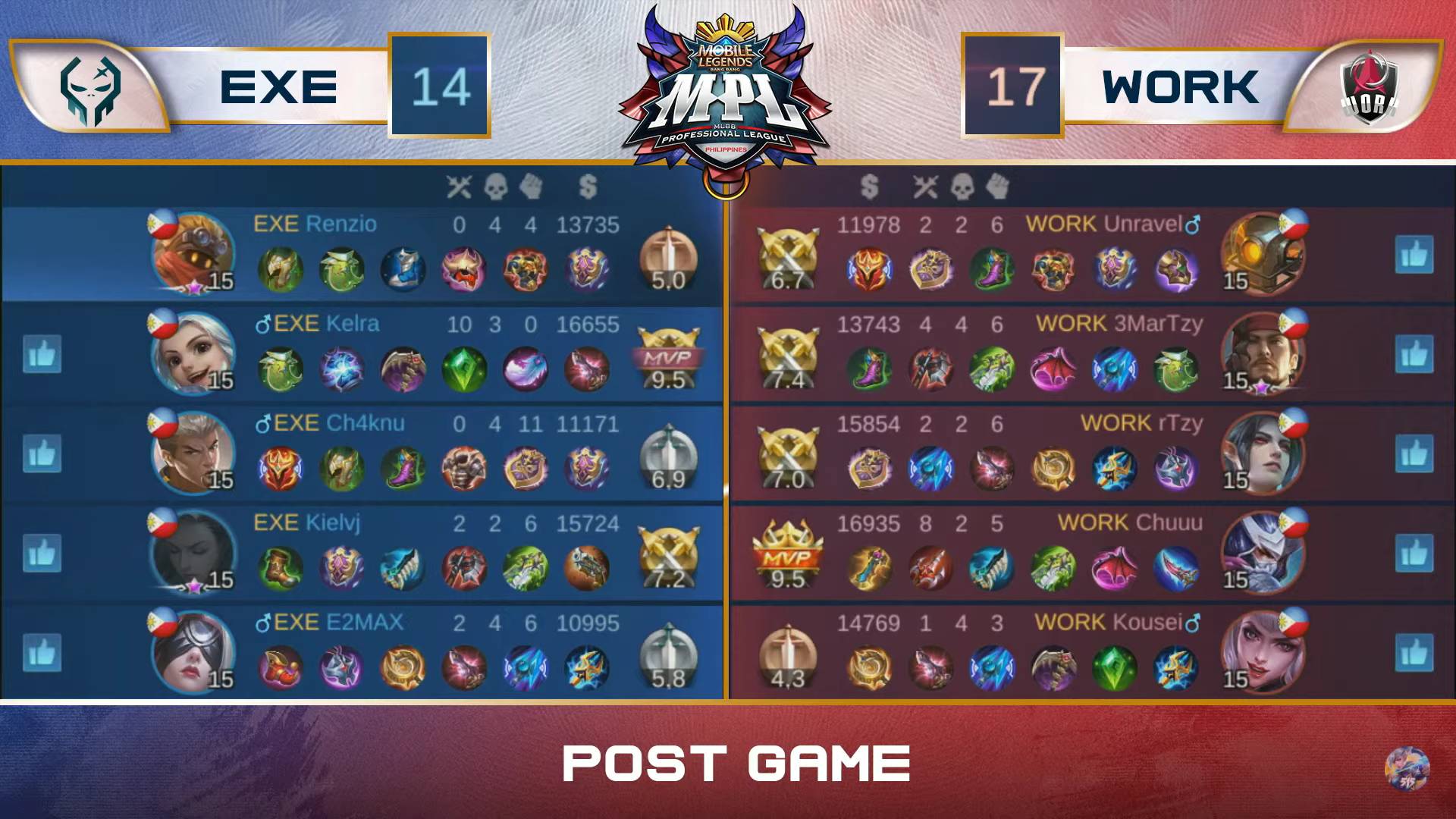 Trailing by as much as 6k in the gold department, Execration rose back from the dead to trip Work Auster Force in Game One.

A skirmish down the bottom lane produced casualties left and right, but Kielvj “Kielvj” Hernandez’s Ling proved to be the winner of that scenario as he scored a double kill on Patrick “rTzy” Ibarra’s Claude and Clarense “Kousei” Camilo’s Alice to turn things around for Execration.

The MPL-Philippines Season Six third placer snowballed from there, winning clash after clash to secure the victory.

Ch4knu, who set up a number of crucial plays for Execration, was named the SMART MVP in the 18-13 win playing Khufra. 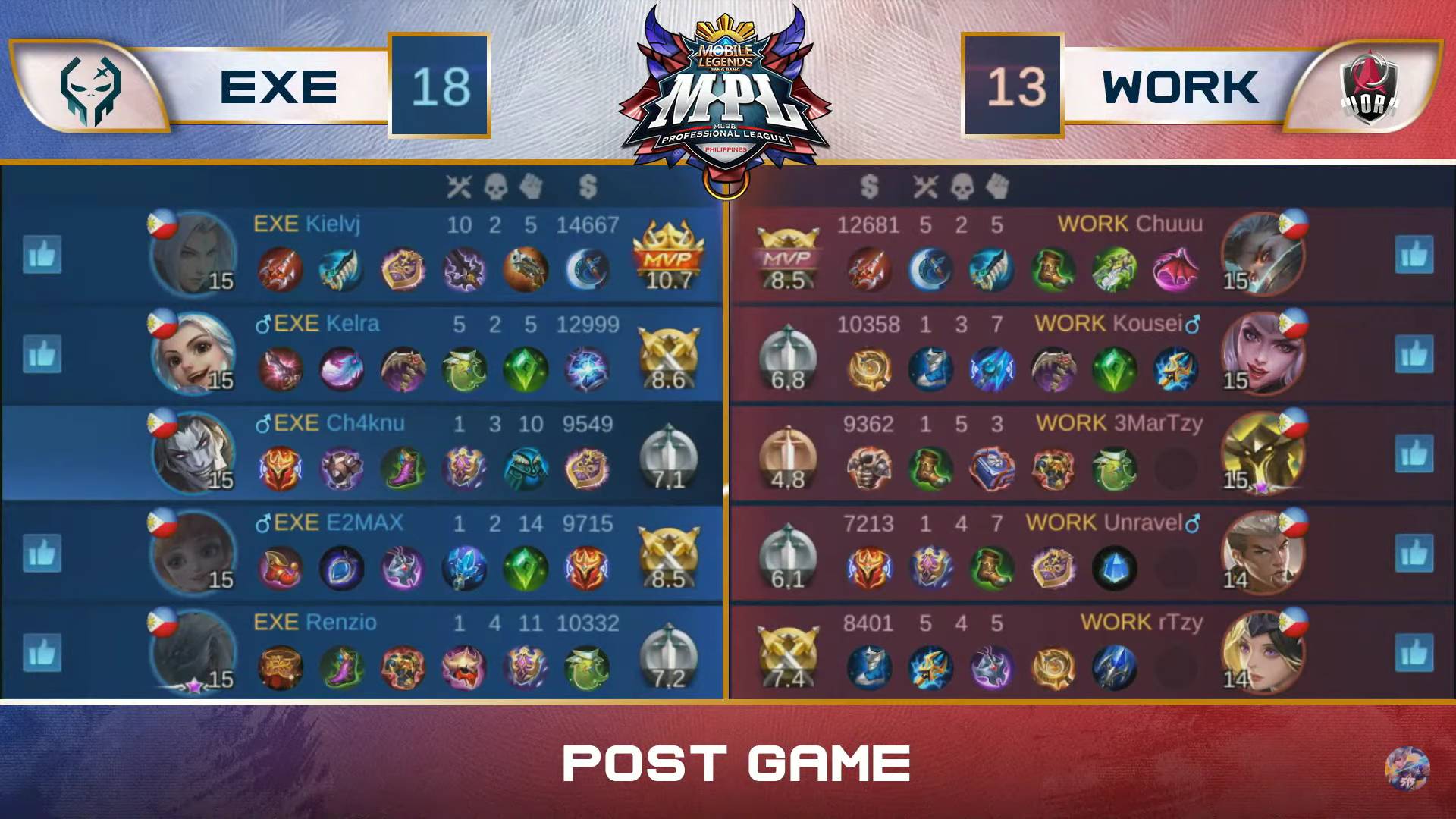 Work Auster Force then fought back in Game Two through the Pharsa of Kousei, taking a tight 13-11 win to even the series at 1-all. 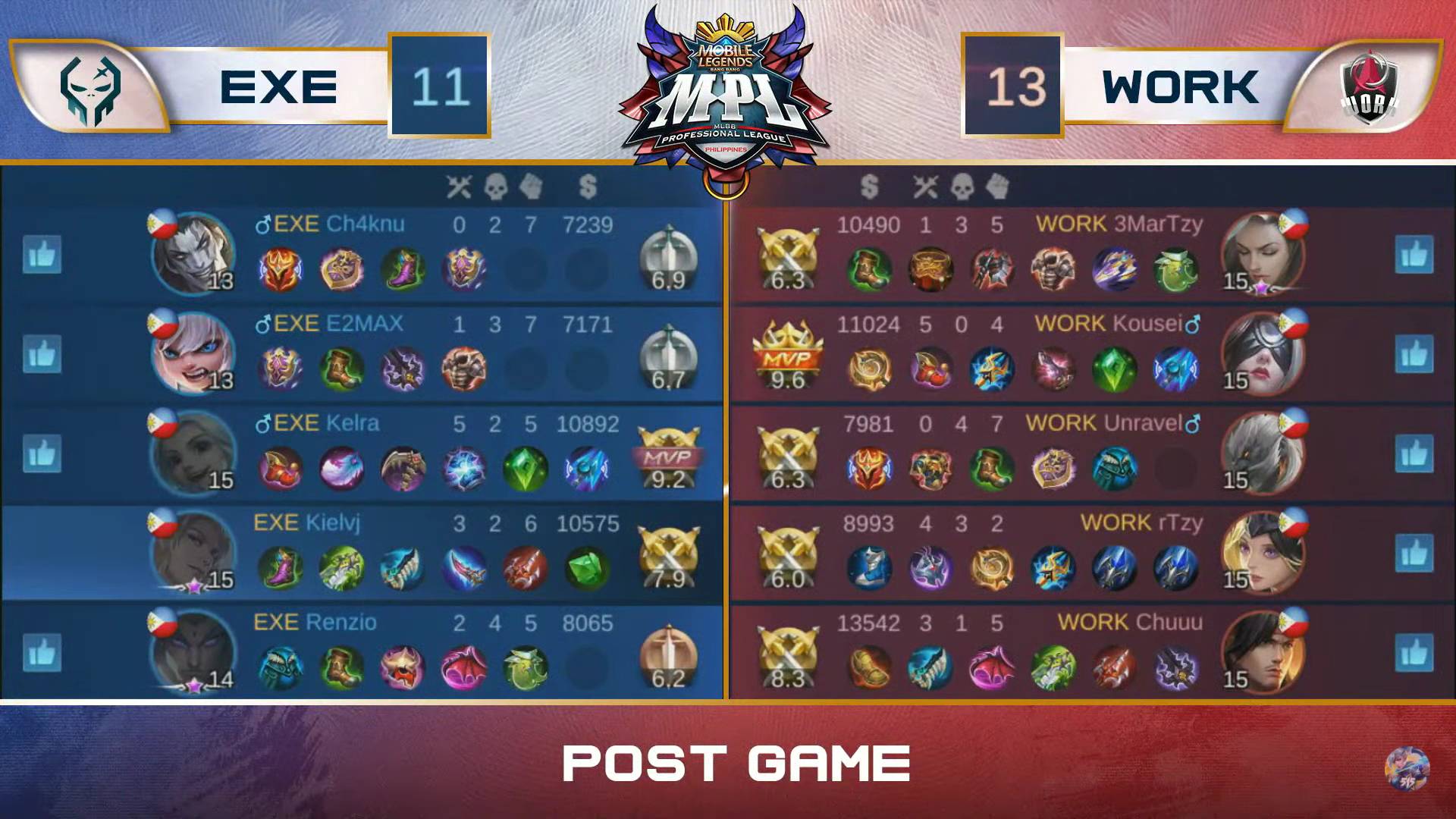 Work kept the second place in Group A with 17 points through a 6-4 card while Execration remained at the fourth spot in a tight Group B with 12 points and a 3-6 standing.