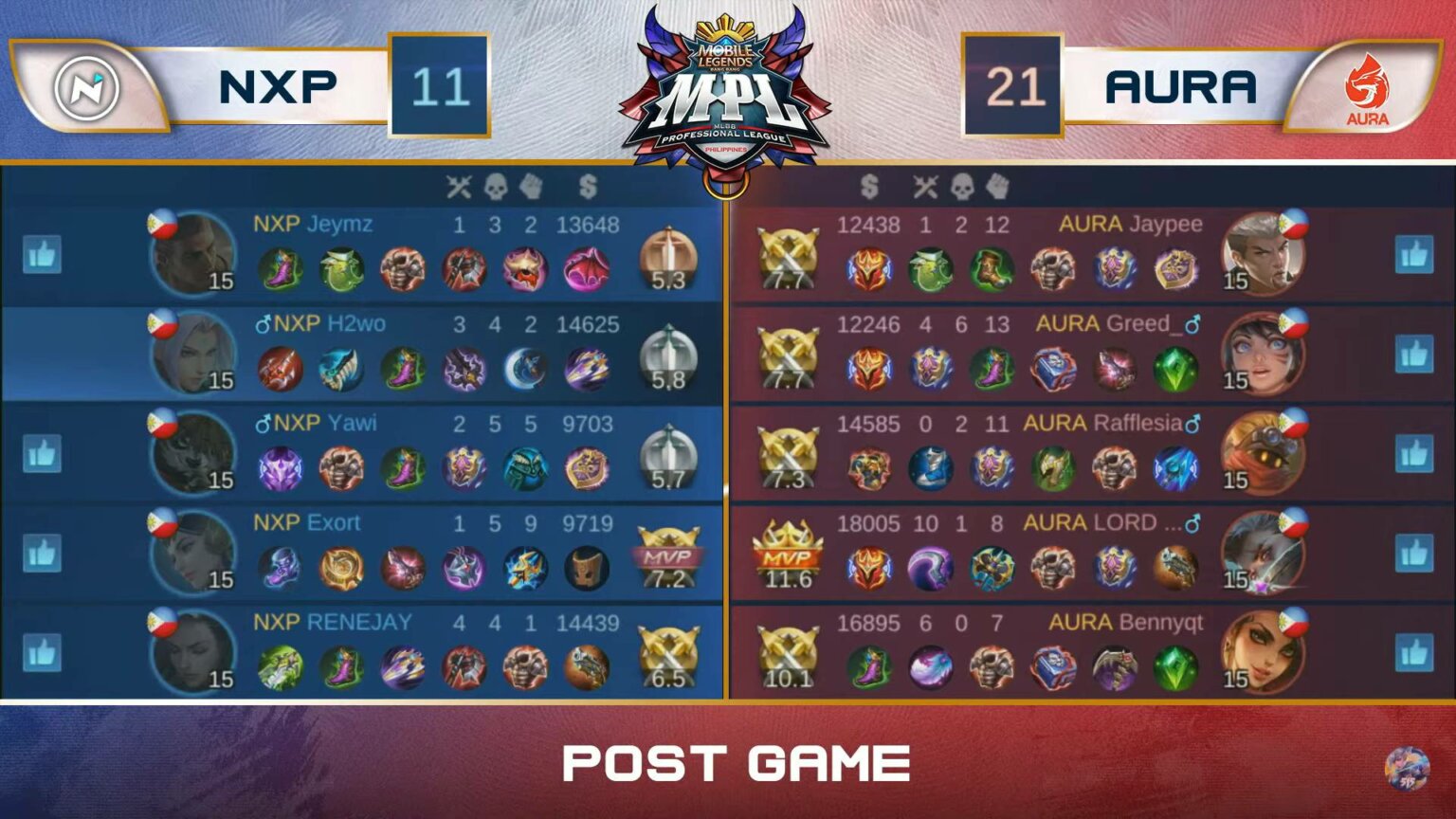 With Aura PH taking the Luminous Lord near the 21-minute mark of Game One, Nexplay Esports ran the same hail mary play with John Paul “H2wo” Salonga (Ling) and Renejay “RENEJAY” Barcarse (Benedetta) that won them the series against Omega Esports last night.

Only this time, a massive defender in Christian “Rafflesia” Fajura was there to fend them off and prevent the push.

Rafflesia, who finished with 11 assists and two deaths, won the SMART MVP plum in the 21-11 Game One win. 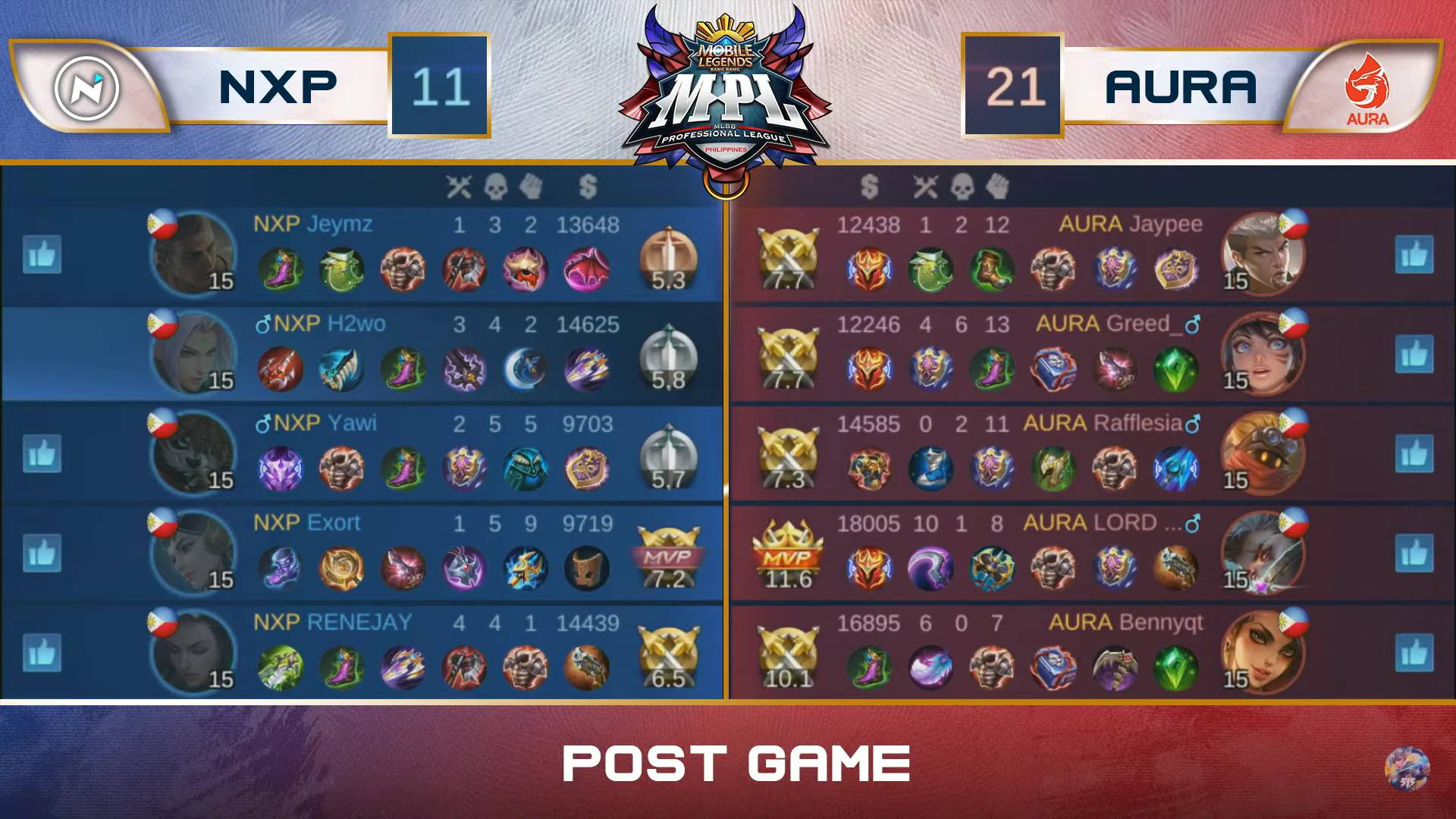 Nexplay Esports was able to survive a late siege from Aura PH to prolong the game, but a crucial outplay from Bennyqt on H2wo (Harley) and RENEJAY (Claude) put the nail on the coffin. 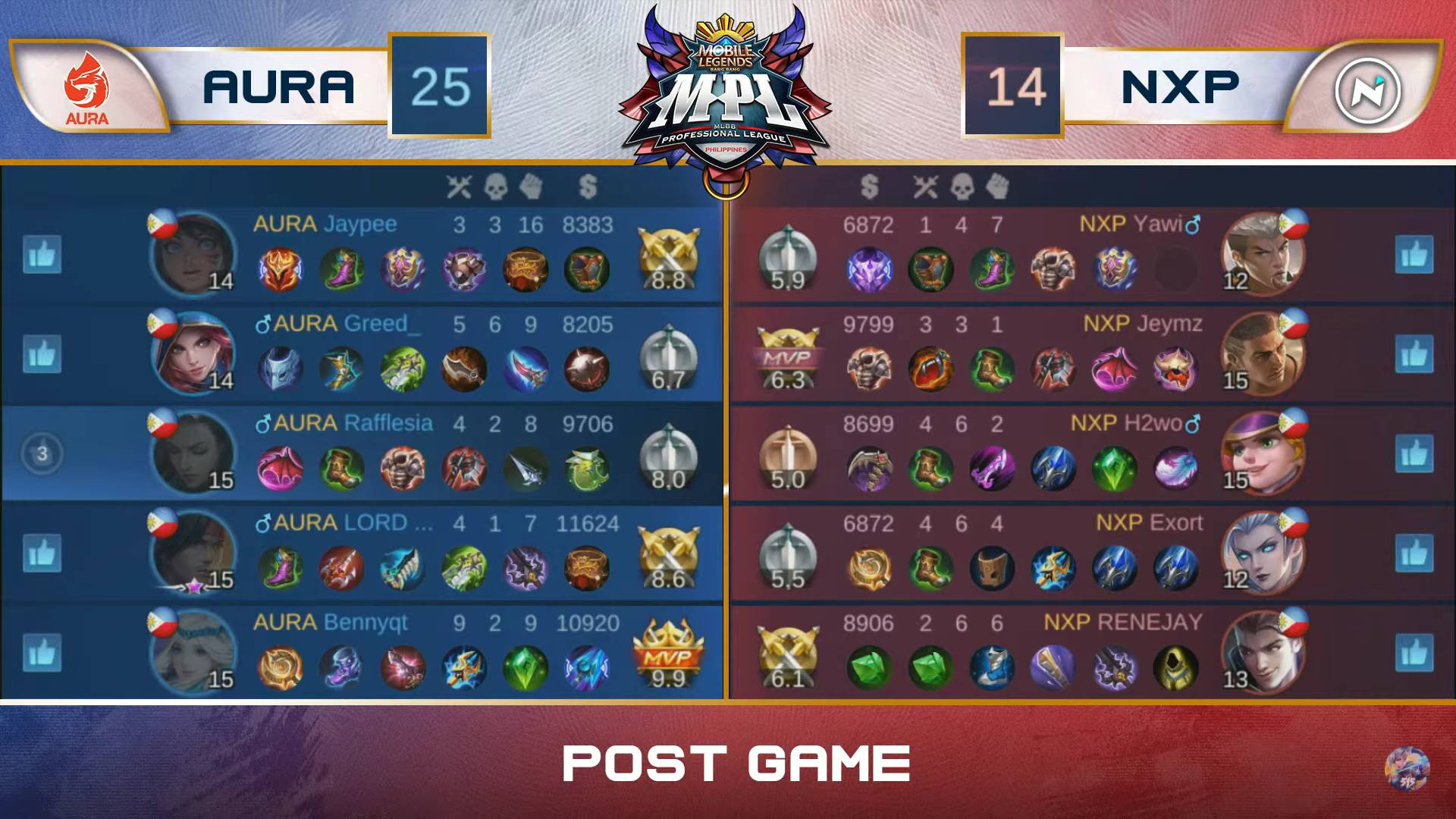 Nexplay Esports, who dropped to a 4-6 standing, remained at the third spot with 13 points. The Setsuna “Akosi Dogie” Ignacio-coached squad’s max possible points have been trimmed to just 20 points.