WWF-Philippines teams up with MPL-PHilippines to achieve Victory for Nature!

The World Wide Fund for Nature (WWF) Philippines and the Mobile Legends: Bang Bang Professional League (MPL) Philippines make history as they partner for the first time in an effort to raise awareness on wildlife conservation through advocacy-driven Season 7 tournaments of MPL-PH which run from January to June 2021.

Tagged as the most prestigious mobile games competition in Southeast Asia developed by Moonton, the MPL was established in the Philippines in 2018. Since its inception, MPL-PH has consistently initiated charity works and fundraising events for various non-profit organizations especially during the COVID-19 pandemic.

In its seventh iteration, MPL-PH shifts its focus to an advocacy that WWF-Philippines has long pledged to undertake: reverse the accelerating degradation of the Philippine environment. This marks the first ever participation of MPL-PH in an environmental conservation initiative.

10 squads are all geared for the season grind. But unlike the previous seasons where they were known by no other representation aside from their respective team names, this year’s tournament will also get them recalled by wildlife icons of some of the world’s threatened species—the promotion of which began making rounds on social media since early February via the official MPL-PH Facebook page.

Each team has personally selected the species for which they will represent: veterans and returning teams Bren Esports for Great White Shark; Onic Philippines for Tamaraw; 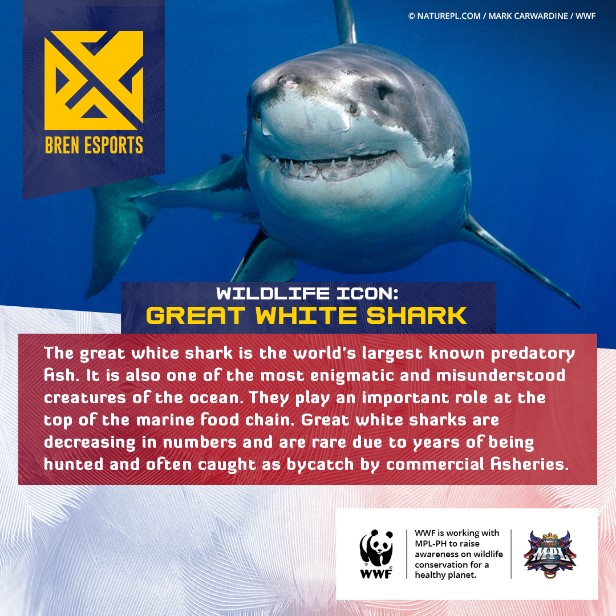 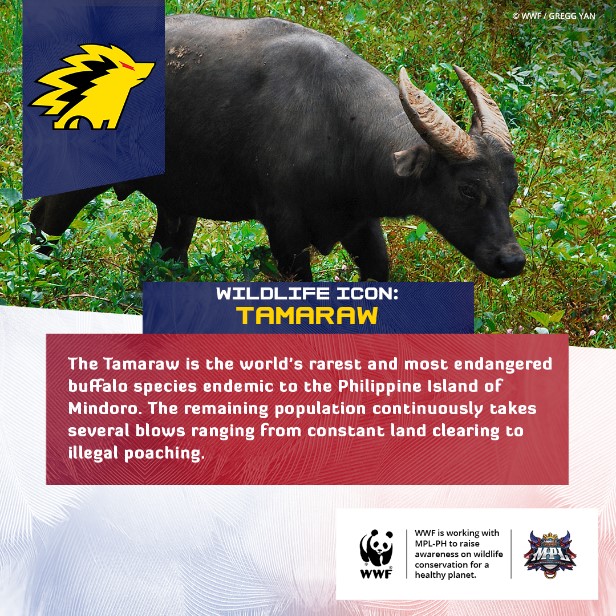 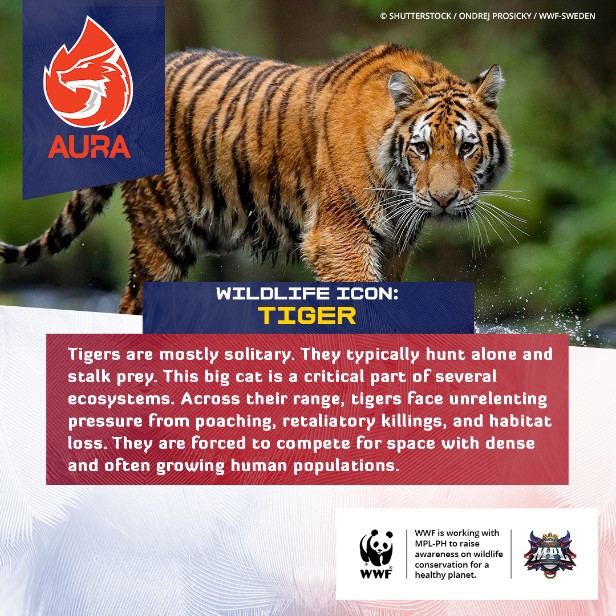 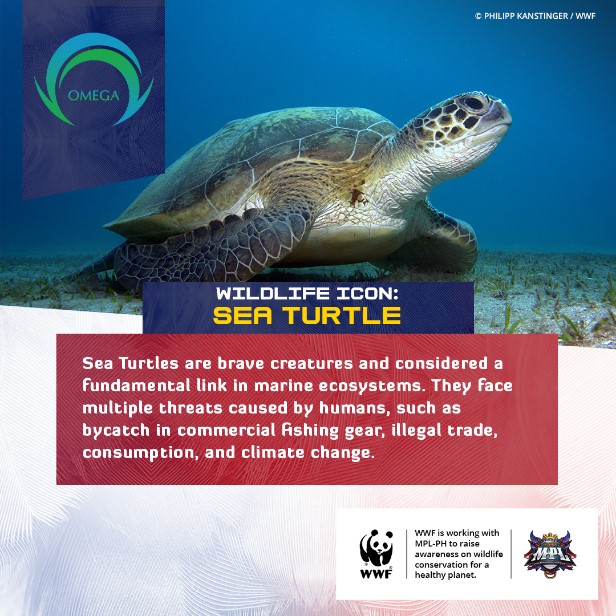 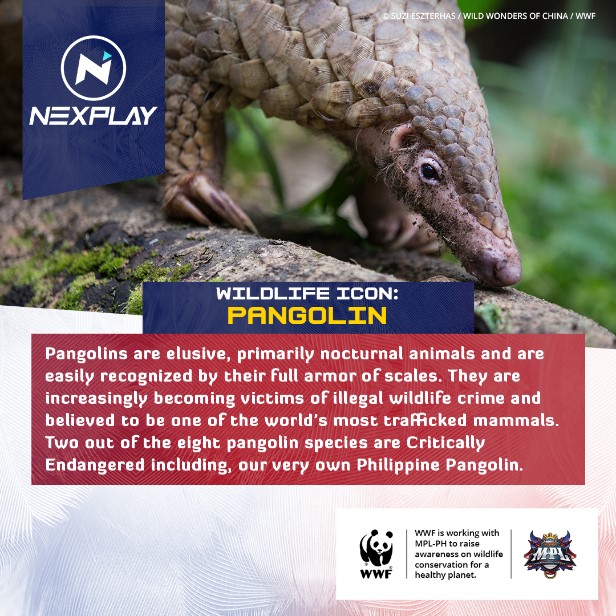 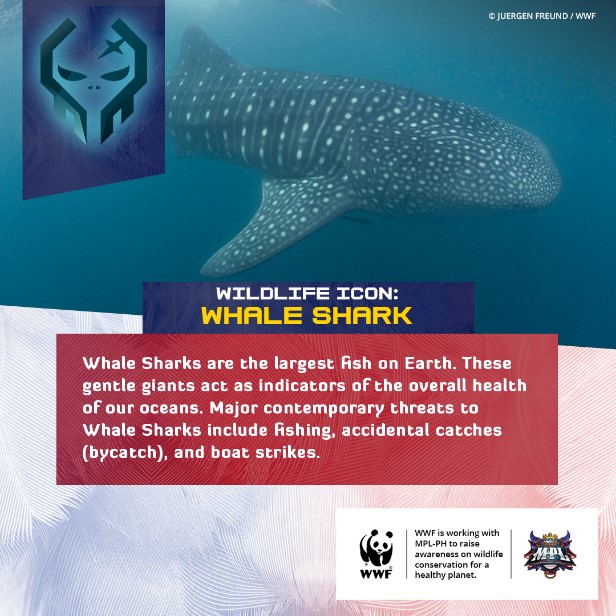 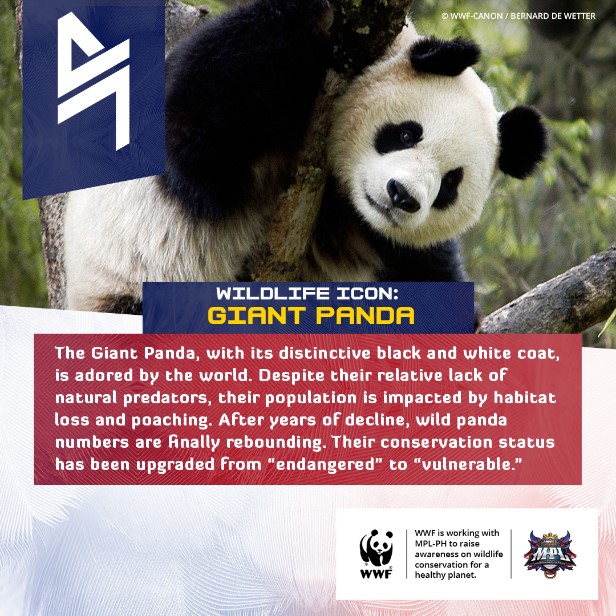 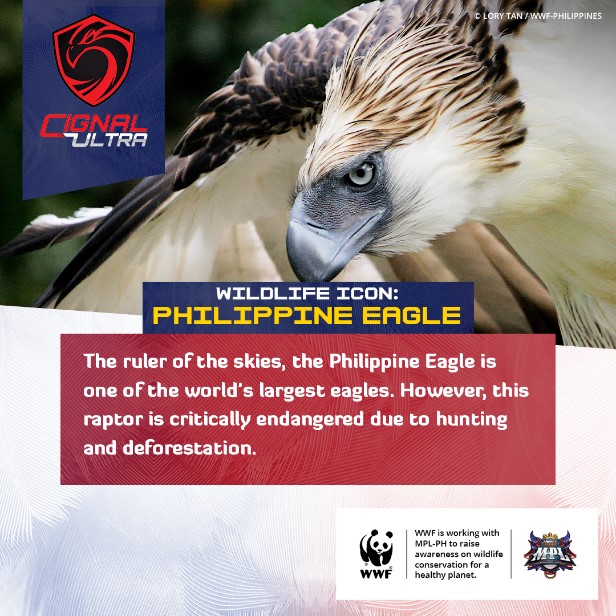 and two newcomers who emerged victorious in the qualifiers Laus Playbook Esports for Polar Bear and Work Auster Force for Philippine Crocodile. 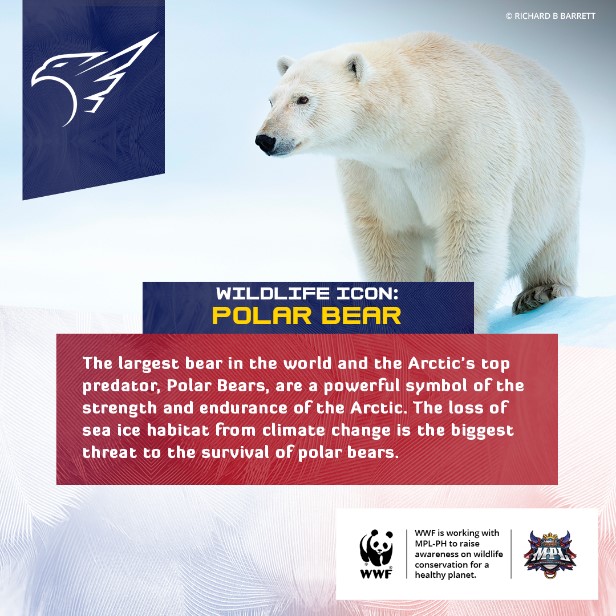 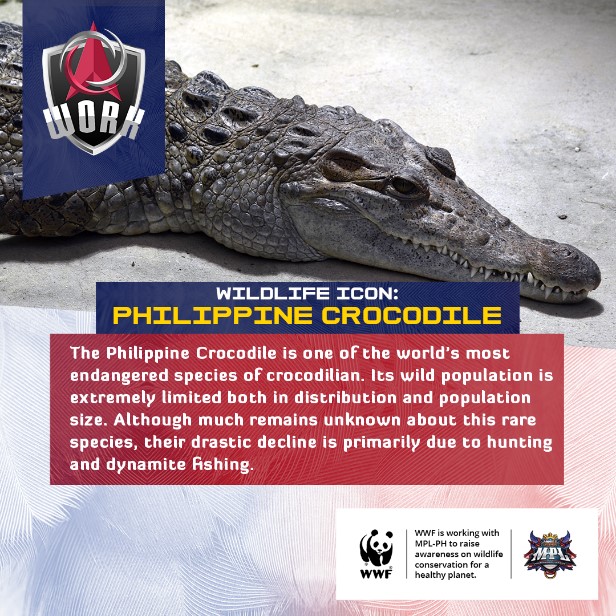 The teams will be divided into two separate groups during the group stage. Group A will be headlined by defending champions and M2 world champions Bren Esports while Group B has Season 6 runner-up Smart Omega Esports, eventually leading to the best-of-seven grand finals on June 5 and 6.

The integration of environmental awareness in the conduct of electronic sports could be rare—but possible. With the unprecedented emergence of COVID-19, the humanity now lives in the “new normal,” part of which is to stay at home to prevent the spread of the viral disease. With less time spent outdoors, more and more people with access to mobile devices are introduced to online games.

This partnership between WWF-Philippines and MPL-PH takes advantage of the fastest growing media platform to utilize the virtual realm as an avenue to make new collaborations for environmental campaigns with real-world, transformative impact.

WWF-Philippines recognizes the unrivalled potential of the youth in the gaming industry to increase awareness on environmental issues. Partnering with MPL-PH, featuring this year’s competing teams with relatively huge following in the digital space, aims to drive positive behavioral change not only among the gamers but also among the vast audiences that watch and support them.

The modern times witness the unfolding of contemporary environmental problems such as extreme weather, devastating forest fires, and declination of wildlife populations at a staggering rate, among others. WWF-Philippines taps the gaming community and industry that is young, technologically savvy, and innovative to call for fresh ideas, new approaches, and strong commitments in cultivating empathy and encouraging collective action across the world.

As a leading Esports and gaming force unifying millions of fans in the Philippines, MPL-PH is thrilled to partner with WWF-Philippines to embark on a sustainable journey by leveraging their extensive reaches and impacts. MPL-PH commits to providing the desired joy, creating unforgettable moments, and take on social good to inspire new generations of audience through partnerships with prestigious brands and organizations that share the same advocacy, especially those within the country.

With partnerships and collaborations such as this, online games are proven to be not for entertainment only, as gamers are undeniably becoming global agents of change—including the 10 teams vying for this season’s coveted championship.

BREN, ONIC, AURA, OMG, NXP, EXE, BLCK, CIG, LPE, and WORK are now ready to take matters into their own hands, not only to win the title but also to achieve victory for nature. Because in building back the balance with nature, gamers could be our ally.

Whether in Esports or in nature conservation, they can be legendary!
We all can be.